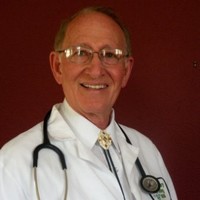 Dr. Neil B. Tenzer has been practicing veterinary medicine for more than 35 years. His career began in 1984 when he received his certification from the American Board of Veterinary Practitioners. His experience includes 15 years as the owner and operator of a small veterinary clinic in Miami, Florida. He also opened an emergency pet hospital there.

Dr. Tenzer is a tireless advocate for animal causes. He has served as care provider to the many dogs employed by the Miami-Dade Metro Police, the Miami International Airport, Miami-Dade Fire & Rescue, and the TSA, and he established the Disaster Animal Response Team or DART, one of the first local community-based emergency animal preparedness teams. He also served on the Board of the Greater Miami Humane Society for five years, during which time he launched the Pet Adoption and Wellness Society, or PAWS, an organization devoted to the rehabilitation and adoption of sick strays.

In recognition of Dr. Tenzer’s contributions to the health and welfare of the Miami-Dade pet population, the Florida Veterinary Medical Association recently awarded him its prestigious Gold Star Award.

Dr. Tenzer’s specialties include intern medicine and surgery. We’re thrilled to have him on our team!

Easy online submission allows you to complete the form in the comfort of your home, saving stress and time at check in.